By: Janna Caguiat / The Dominican Gazette 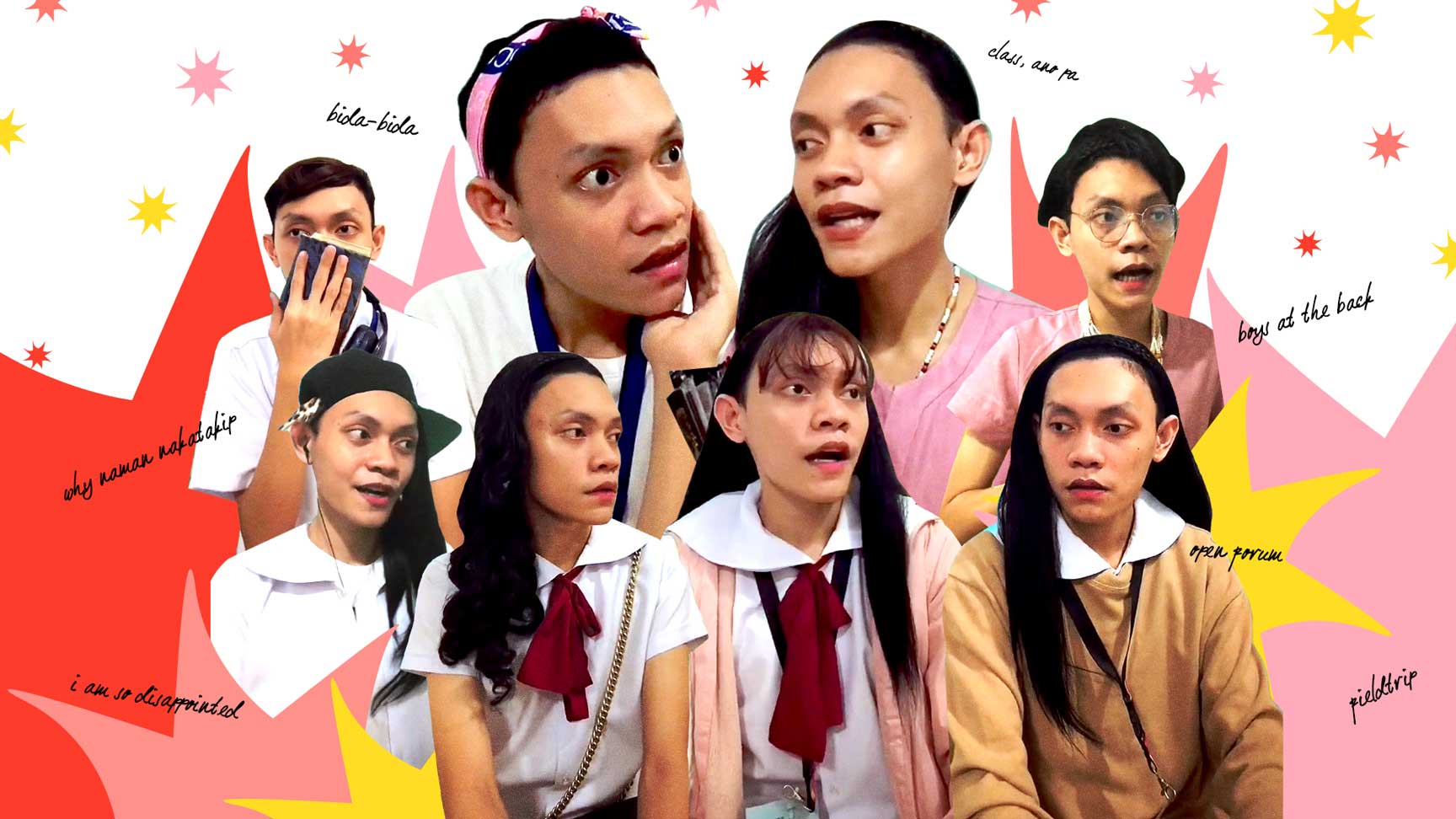 Image by Nylon Manila via https://nylonmanila.com/esnyr-ranollos-tiktok-videos-throwback-pinoy-school-life/

Ranollo, like the majority of young individuals who have achieved success on TikTok, had no expectations of becoming viral. His million-view acts were "completely spontaneous," he claims. Ranollo credits his accurate portrayals to his experience as a member of the student council in high school, where he was able to study his peers and how they behaved. As questioned what his high school title was, he responds, "the happy pill." He explains, "People find me engaging and hilarious, and in a genuine classroom setting, ako yung nagl-lighten ng mood ng classroom namin." With the prospect of face-to-face classes remaining uncertain in light of the current circumstances, no surprise that Esnyr Ranollo's 60-second parodies of seemingly routine Pinoy classroom events are addictive and highly relevant. His brief TikTok films showing Filipino high school life serve as a reminder to those who have gone through similar experiences of a simpler time in their lives, as well as a peep into what contemporary students are missing out on. "I am known as the happy pill of the school since I am a former student leader...dun po parang na-practice on how to engage, on being open to everyone," Esnyr says.

He has a natural aptitude for making people happy as the self-described "happy go lucky" and "mood booster" of his friend circle. But he had no idea how many people he'll be entertaining on TikTok with his humorous yet all-too-real skits about high school life. Esnyr Ranollo’s high school skits have touched a cultural nerve with millions of Filipinos because of their all-too-real substance. Esnyr has covered everything from school field trips to crushes to lining up for a flag ceremony to being called out by your instructor. His incredibly relevant viral videos have brought back good memories of what it's like to go to school in an age of online programs. He claims that his ability to be amusing was not something he learned but rather something that came naturally to him. "I had this sensation back then that parang ang saya makapag pasaya ng iba." Siguro's ability to be amusing as a person is inbuilt. He attributes his self-assurance and communication abilities to his time as a student leader in school. "Kasi in school, I've been involved in a variety of extracurricular activities, particularly as a student leader for virtually my whole high school career. Having the opportunity to speak with a large number of students during campaigns greatly aided my understanding of how to amuse various types of individuals."

Esnyr Ranollo has risen to become one of TikTok's most popular stars in less than a year. However, he acknowledges that he used to criticize the video-sharing app. "I truly thought of TikTok as a platform for magpa-cute lang or anything along those lines," he explains. But that changed after he downloaded the app and began submitting footage, owing to the pandemic. It made him realize that TikTok is more than just a superficial app. "When I first started TikTok, I was overwhelmed by the number of praises I received from strangers who left comments on my TikTok, and it was only afterwards that I realized that there is another side to TikTok that I am unaware of, and that is the entertainment side." Esnyr wants all aspiring content makers to know that what brings you success is what makes you happy. "If it's your passion, you have to put in a lot of effort. Please keep in mind that everyone has their unique schedule, and you will find yours eventually. Maintain as much purity and authenticity as possible. Everything will pay off, and everyone will begin to love you, one step at a time, as long as you are not problematic and keep doing you. Padayon, aspiring content producer!" exclaims Ranollo.