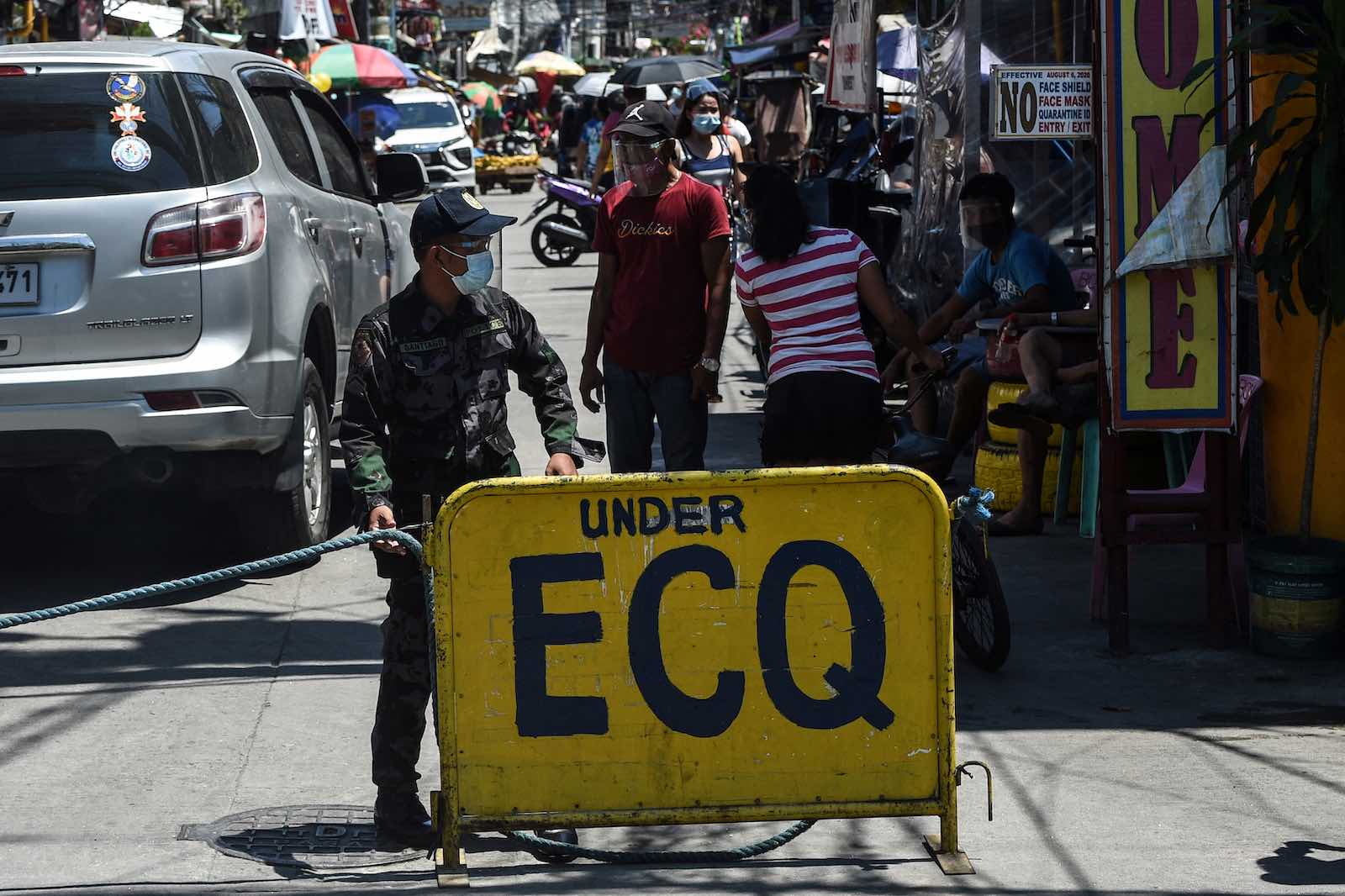 Image by Ted Aljibe via https://www.lowyinstitute.org/the-interpreter/lockdown-deja-vu-philippines

The COVID-19 pandemic response in the country had been one of the longest and strictest lockdowns in the world. As this gets longer, the country’s economy continues to go downhill. The invisible enemy keeps on winning the battle. However, the supposed shield of the country has other priorities rather than responding to the pandemic. Under the administration of President Rodrigo Duterte, the COVID-19 Pandemic happened last March 2020. The administration not being able to move forward for the past 17 months only shows that the administration failed in responding accurately to the pandemic.

The lawmakers roasted down the officials by enumerating all the mishandling they had done for the past 17 months. This includes the testing problem is never going away, contact tracing is deteriorating, hospitals are overloaded again, discussion on Ivermectin, and Vaccines are still uncertain.

Lawmakers question the report of the COVID-19 positive as antigen tests are not included in the tally of counting. However, according to the Department of Health (DOH), they will soon change their counting system to include cases confirmed through antigen tests in Metro Manila, Bulacan, Rizal, Cavite, and Laguna –recently called “NCR Plus.” Furthermore, testing centers were again affected by the virus, making it hard to trace the source.

During the hearing, testimonies from hospital officials were heard, as COVID-19 patients continue to fill up beds in most hospitals. According to Philippine Heart Center executive director Dr. Joel Abanilla, their ICU has been full for the last seven days. Patients are waiting in the emergency room, with four intubated but cannot be transferred to the ICU. Dr. Vincent Balanag of the Philippine Lung Center also shared his sentiments that hundreds of hospital staff have been infected in their hospital, heightening the infections to the spike in August 2020. Lawmakers also included the unavailability of the One Hospital Command Center hotline, making it harder for Filipinos to admit their loved ones into hospitals. The DOH then defended themselves, stating that they were understaffed and under equipped to handle the rise in calls amid the surge. 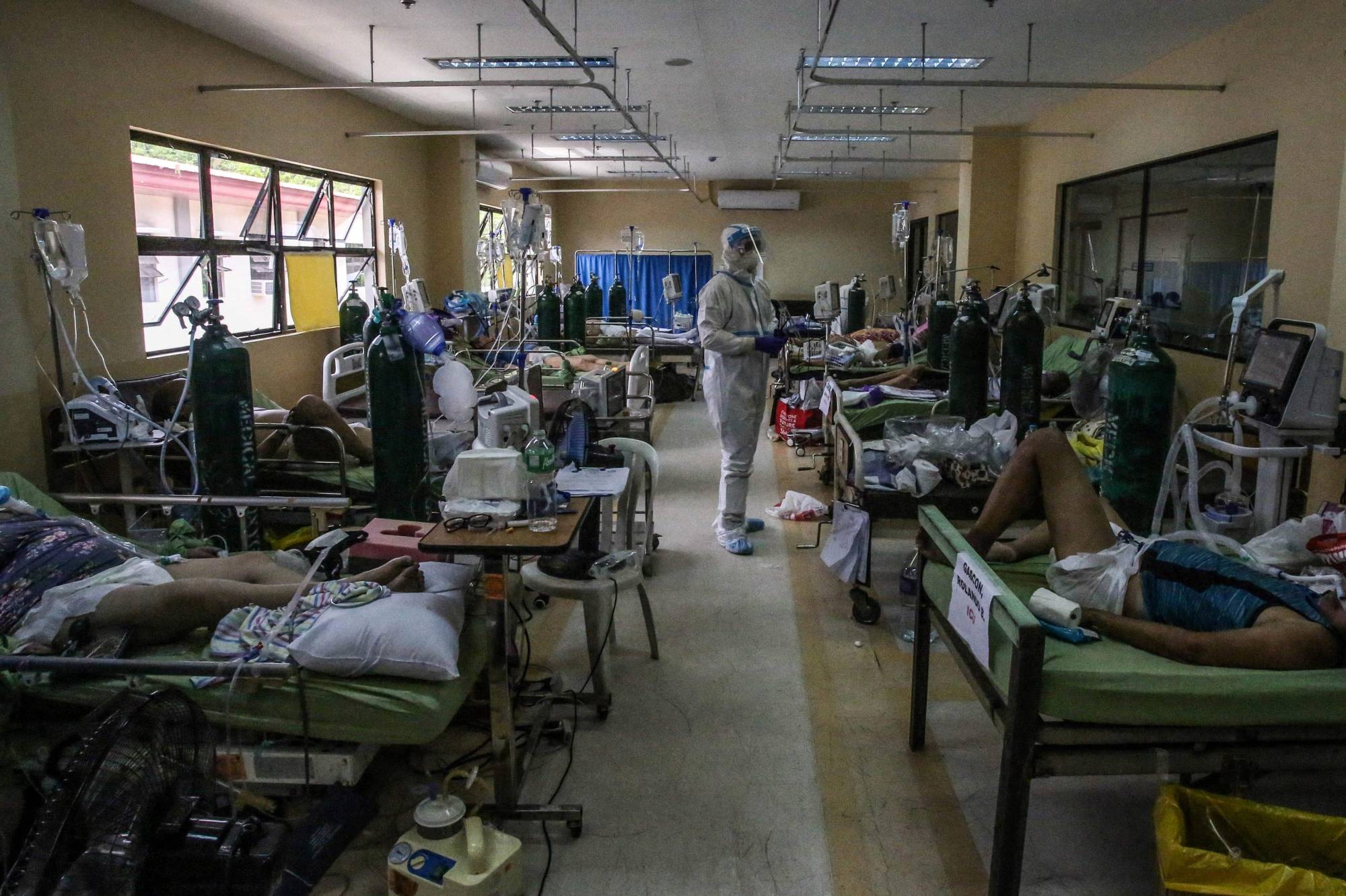 Carlito Galvez Jr, the government's vaccine czar, outlined their vaccination strategy, which still seeks to immunize 70 million Filipinos by the end of 2021 for the country to attain herd immunity. Marikina 2nd District Representative Stella Quimbo questioned the proposal, pointing out that the current pace of immunization was far too slow to reach this objective. The government is currently vaccinating around 25,000 people a day. It needs to vaccinate an estimated 250,000 people a day from April 1 onwards to reach its quota. 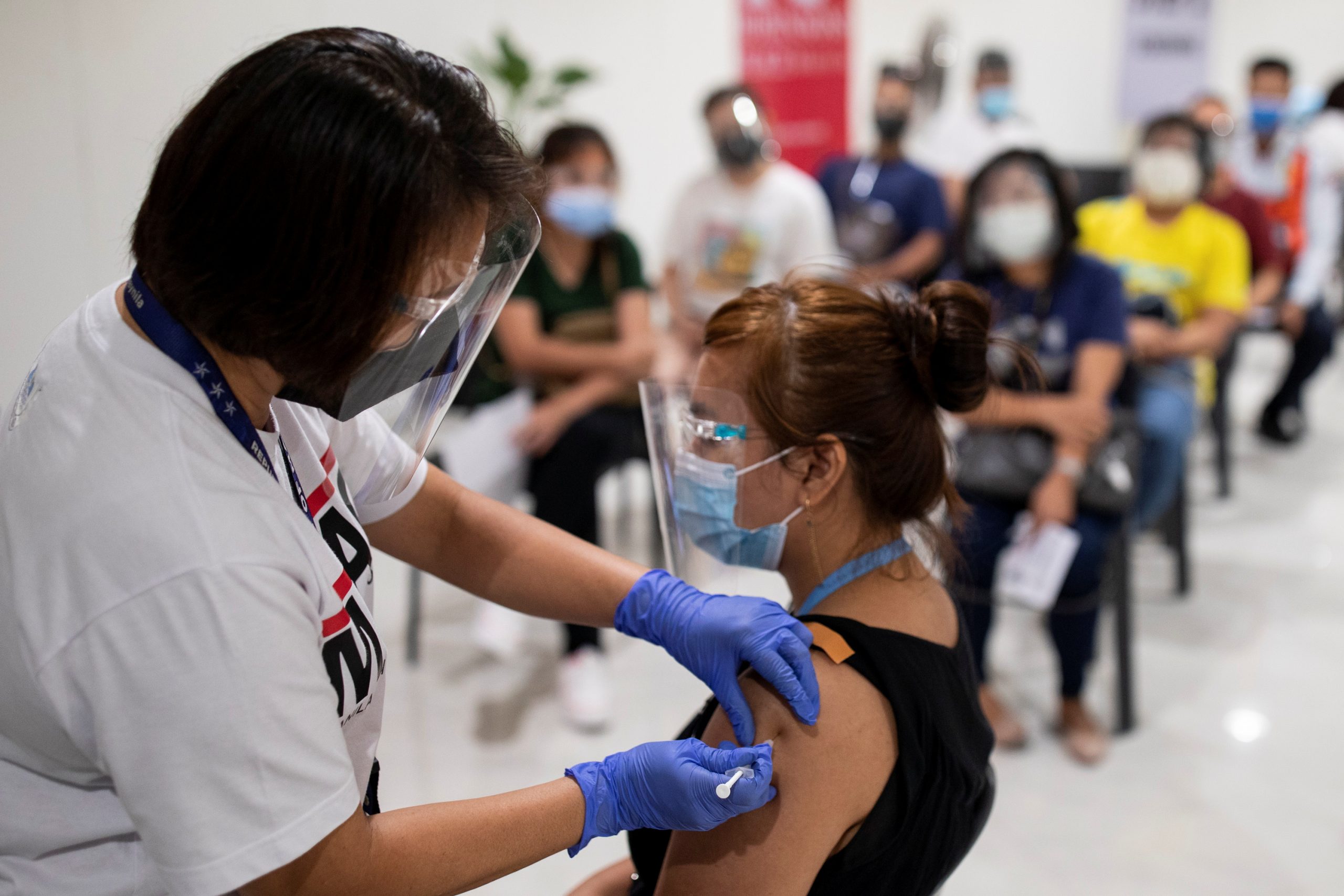 Image by Eloisa Lopez via hhttps://www.reuters.com/business/healthcare-pharmaceuticals/philippines-give-vaccinated-elderly-more-freedom-encourage-inoculation-2021-06-11/

Medical professionals, lawmakers, and even the Filipino people have been questioning the government’s handling of the pandemic. However, the Duterte government continues to turn a blind eye and focus on other unimportant things such as the war on drugs and Manila Bay beautification, which is unnecessary in the current situation. As millions of Filipinos scream for help, when will the government open its eyes to the real problems of the country?