After Pacquaio vacated the WBA world title due to inactivity, Ugas fought Abel Ramos in a grueling title match to edge the latter in a split decision victory, triggering the start of Ugas vs. Pacquiao duel to settle the rightful WBA champ. After a 12 round back-and-forth action from both corners, Ugas’ ring I.Q. and superior conditioning proved to be a dilemma for Pac-man, earning the judges’ nods and securing a unanimous decision victory, 115-113, 116-112, 116-112. 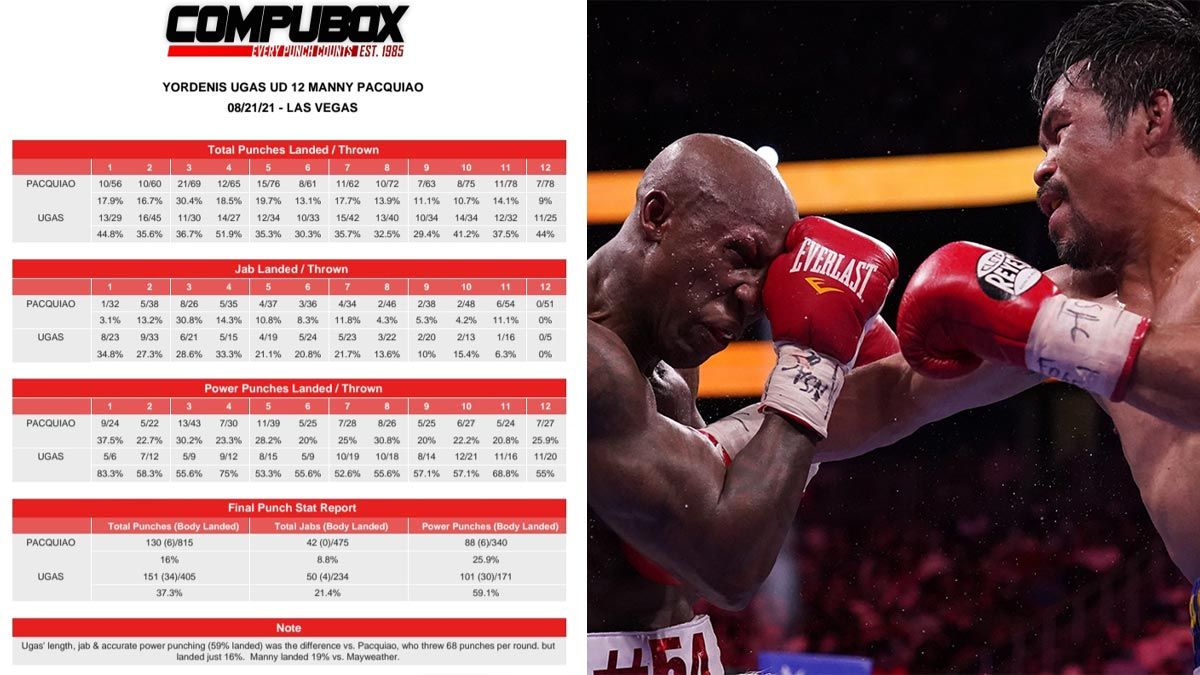 With a significant height and reach advantage, Ugas executed an excellent game plan to neutralize Pac-man’s speed by stiff jabs that halted any blitz offering from the latter and heavy-hitting overhand rights to follow up on his set-ups.

It is also noteworthy that Ugas appeared to be the more energetic and active boxer in the last rounds of the bout, taking the opportunity to land flush through Pacquiao’s lazy defense and flat-footed stance.

Pacquiao later stated he felt exhaustion and cramps from his legs, hindering his signature fleeting footwork in the said last half of the bout. Although a remarkable performance, Ugas was willing to give Pac-man a rematch to remove all doubts and uncertainty revolving around the match, “If he wants a rematch, no question about it. A legend like that deserves it."

Pacquiao was set to fight the unified welterweight champ, Errol Spence. But due to Spence’s unfortunate retina injury, the Cuban stepped up to the plate to welcome the challenge in the form of the only eight-division world champion, Pacquiao.

Yordenis Ugas advanced his record to 27-4, prolonged his win streak to four, and set his sight to unify the welterweight belt against the reigning IBF, and WBC welterweight champ Errol Spence.

The 42-year-old Manny Pacquiao later hinted at retirement after his loss to Ugas, "Let me rest first and relax and make a decision if I will continue to fight or not," Pacquiao commented.